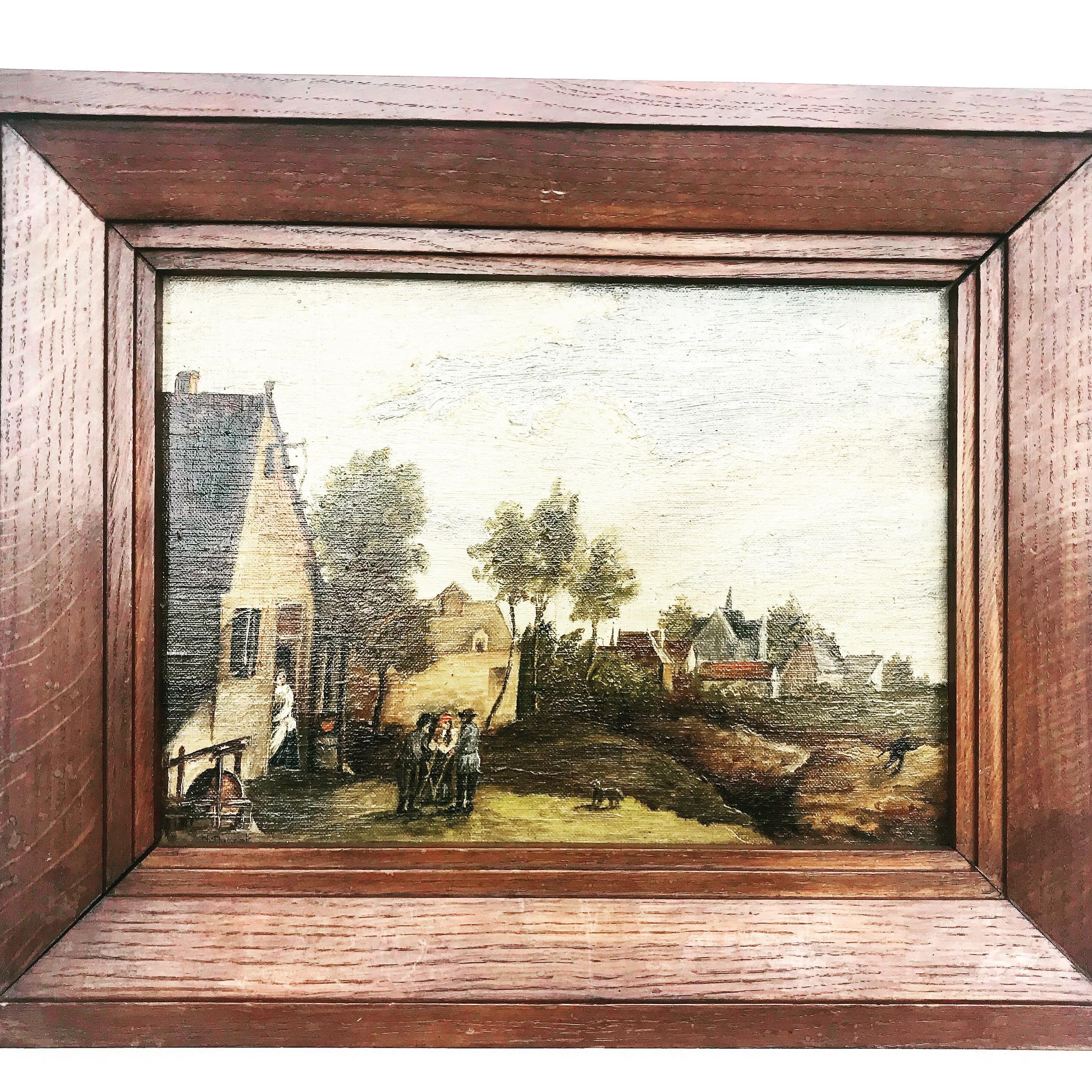 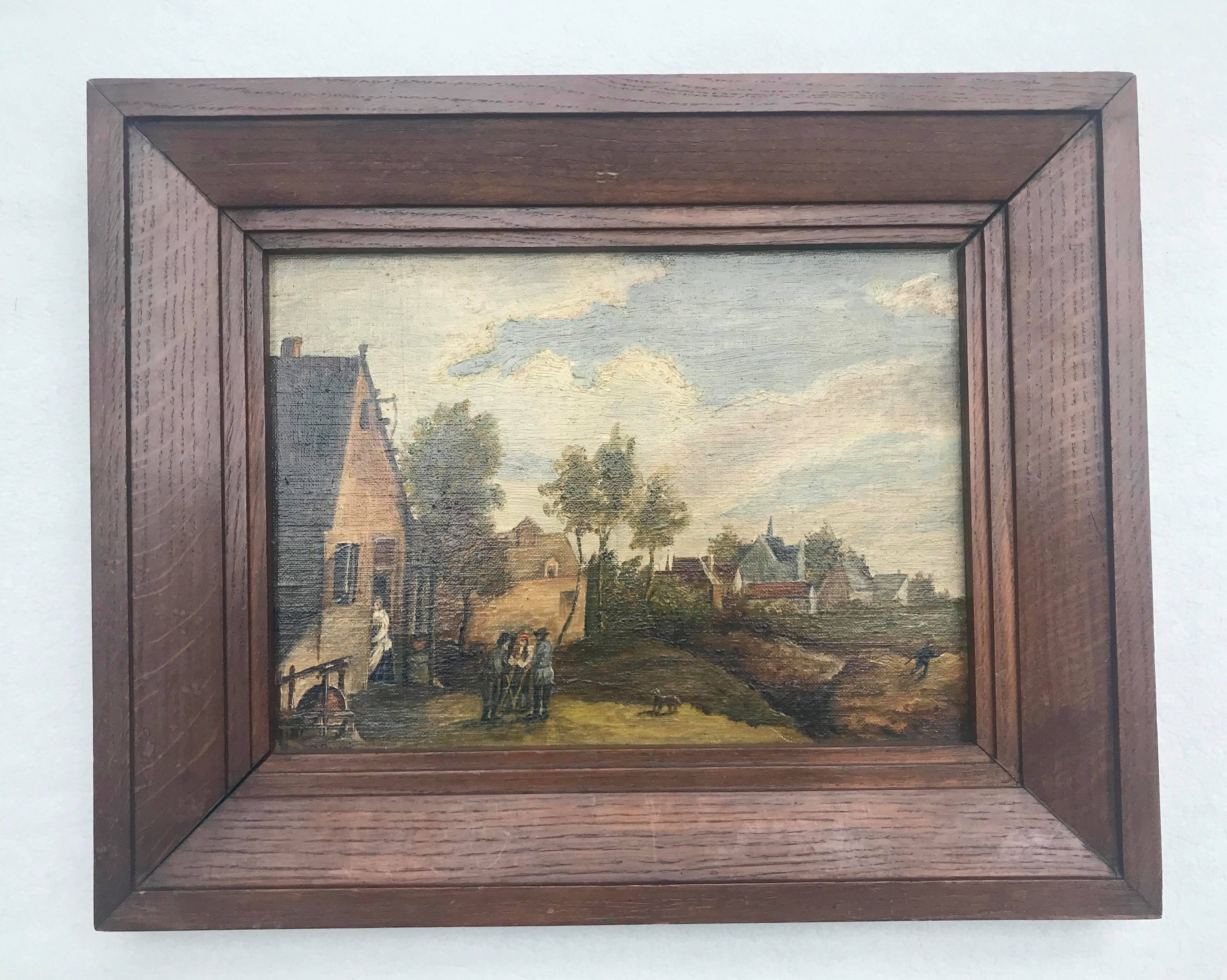 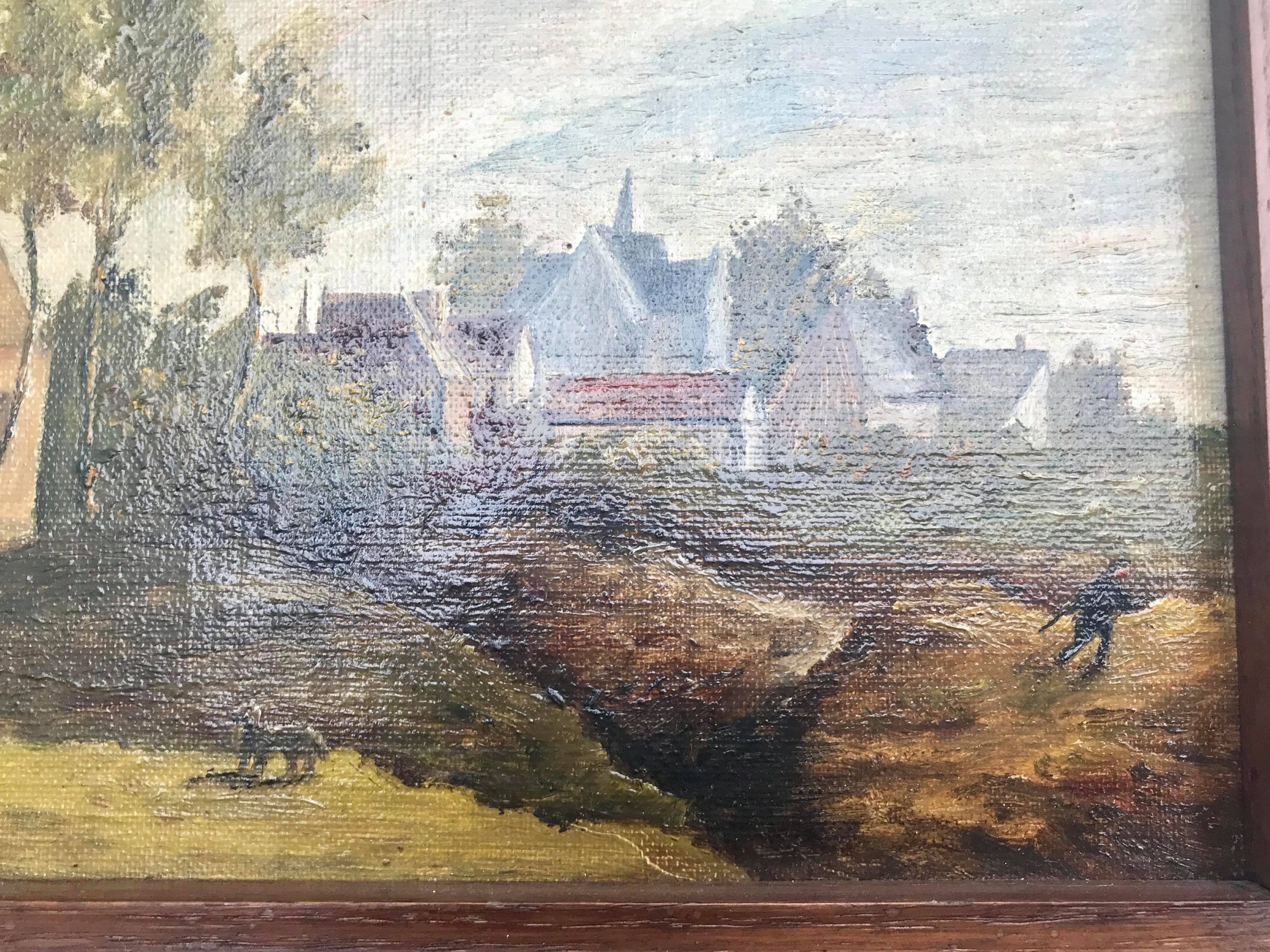 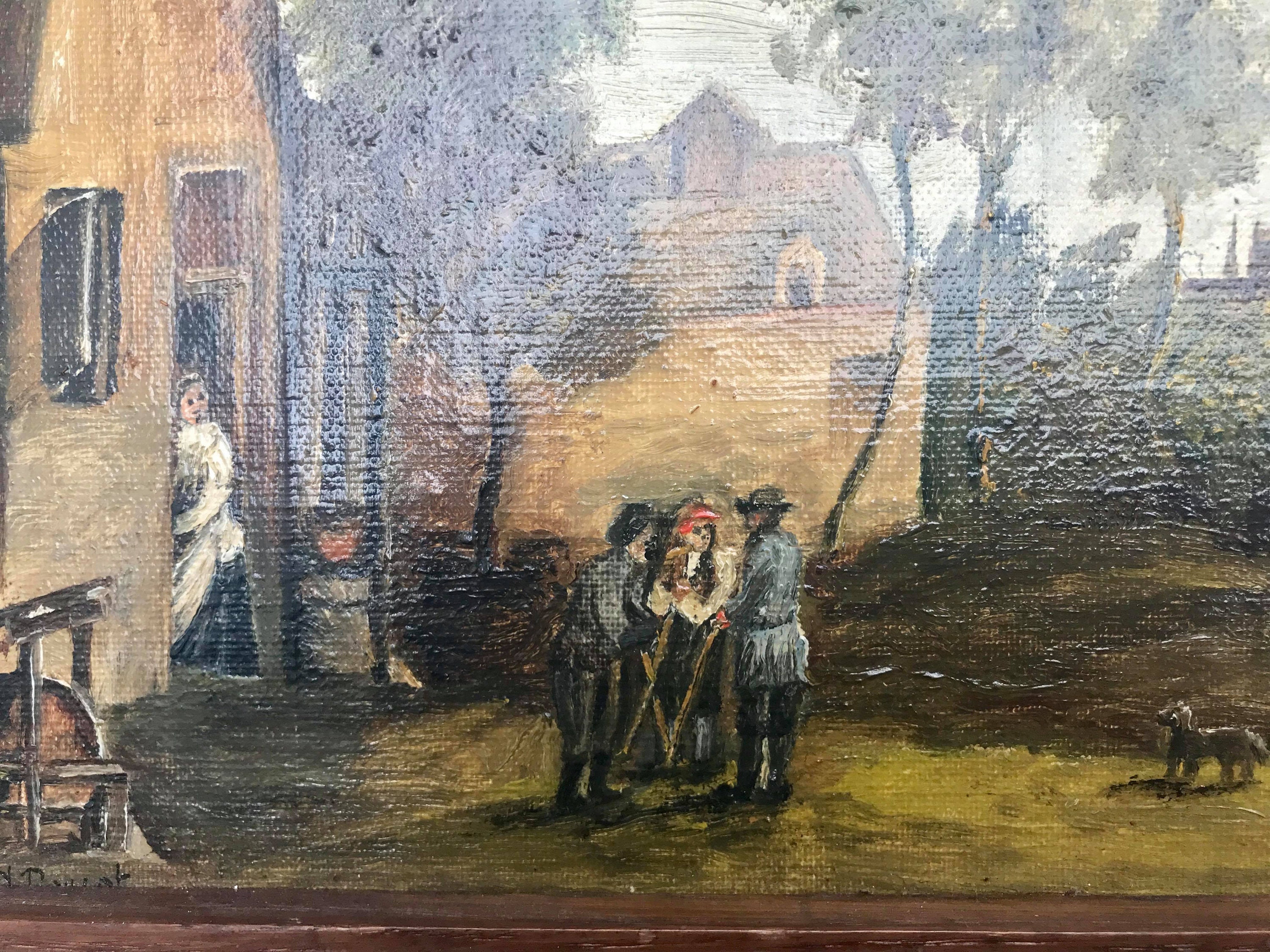 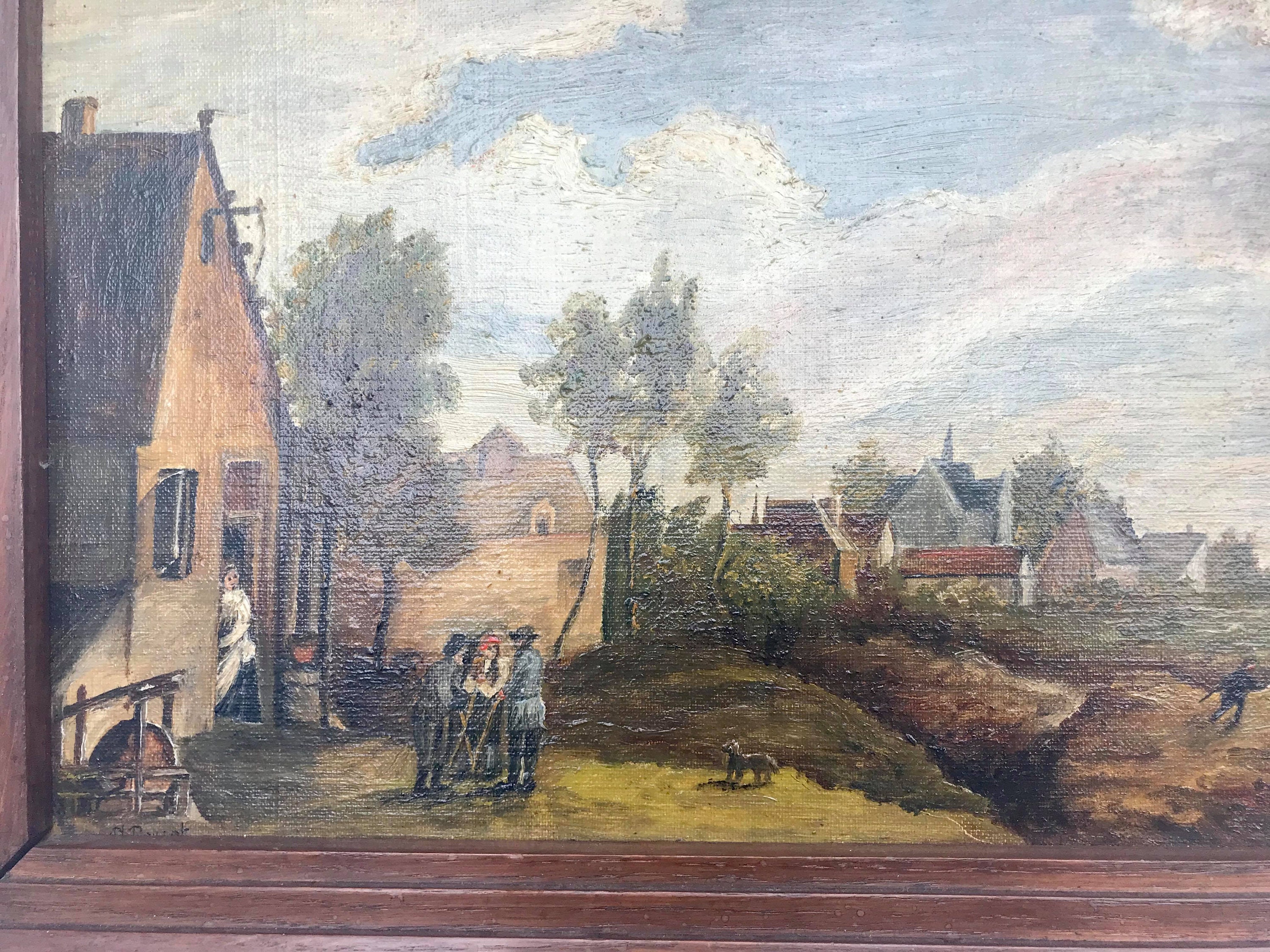 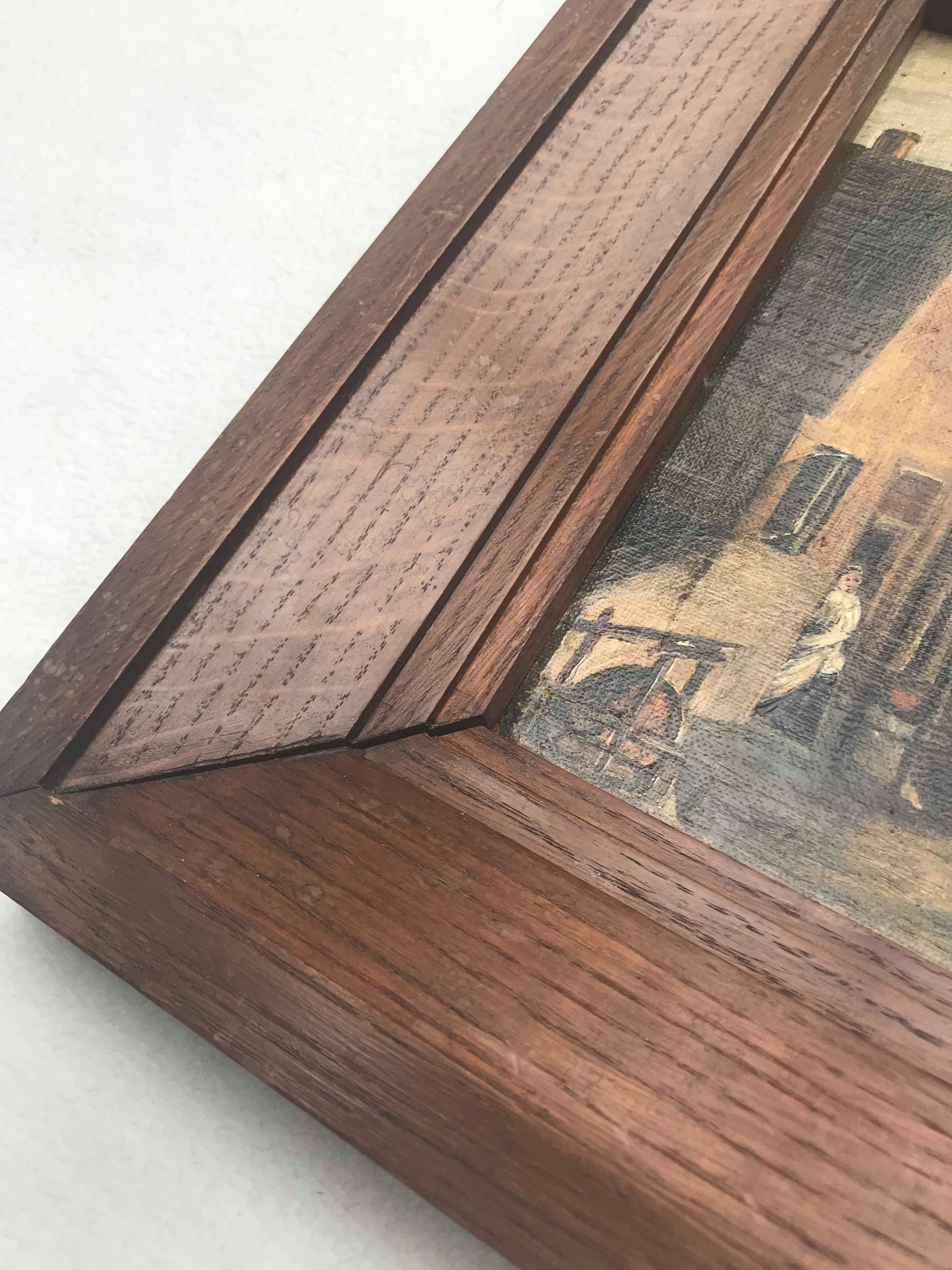 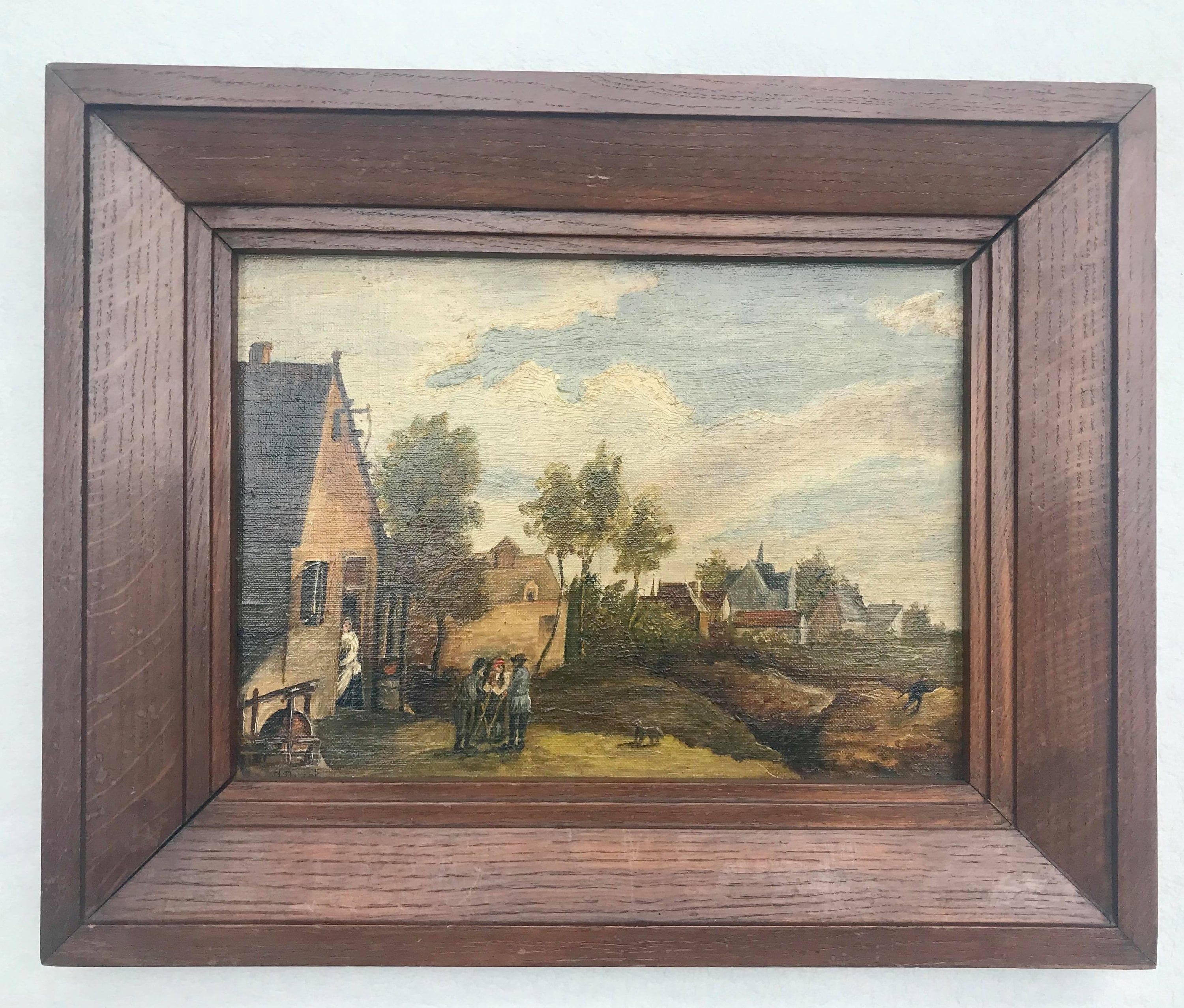 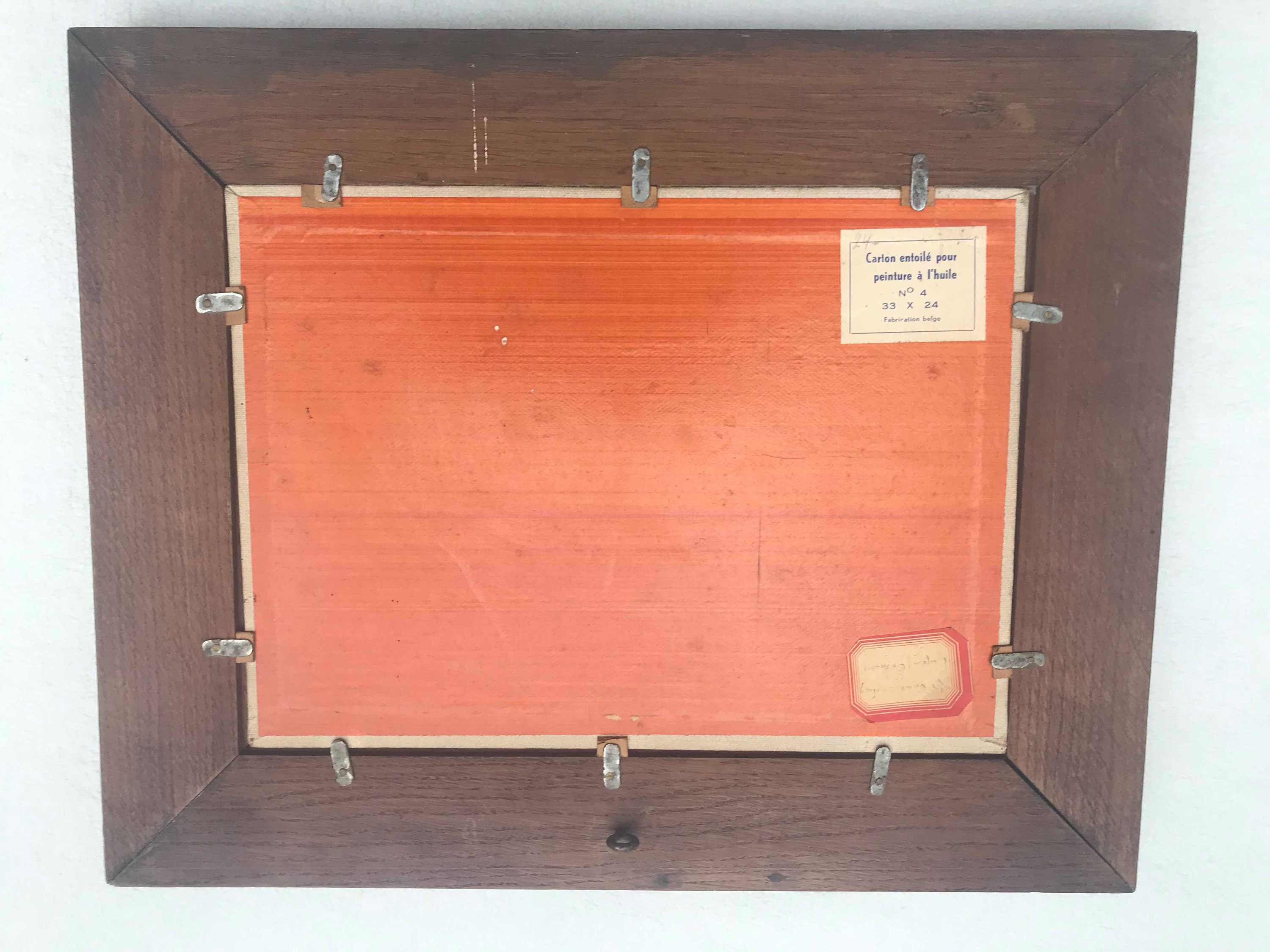 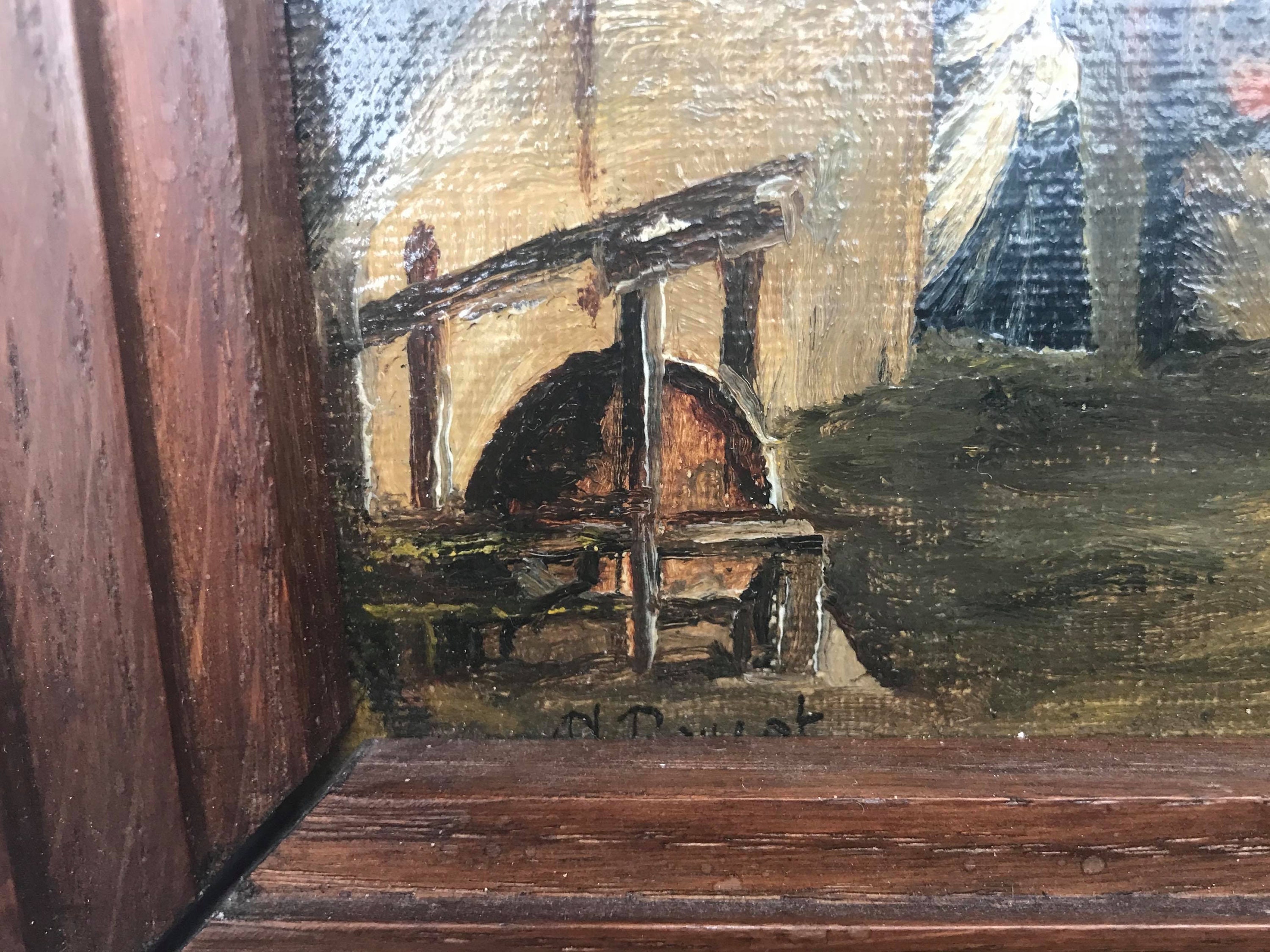 The artwork has been painted on a canvas on wooden board in a classical style with a warm palette of oil paints.
It has been framed and signed by the artist. Frame is heavy wood dark and painting can be adjusted behind.


A conversation piece is an informal group portrait, especially those painted in Britain in the 18th century, beginning in the 1720s. They are distinguished by their portrayal of the group apparently engaged in genteel conversation or some activity, very often outdoors. Typically the group will be members of a family, but friends may be included, and some groups are of friends, members of a society or hunt, or some other grouping.
Often the paintings are relatively small, about the same size as a half-length portrait but in horizontal or "landscape" format; others are much larger.

The inclusion of several figures “conversing” in familiar settings tends to make conversation pieces appear intricate and, therefore, small in scale. However, these intimate moods could be rendered in actual dimensions that are huge. Several full-length group portraits in the collection of the National Gallery of Art combine the charm of small conversation pieces with the formality of life-size likenesses in the Grand Manner.

Conversation pieces came into fashion during the 1720s, largely due to the influence of William Hogarth, Britain’s first native-born painter of international stature. Significantly, they arose at the same time as a new literary development, the novel. Not until the later 1700s did the British innovations of conversation pictures and fictional novels become common in other Western nations.

A large new middle class emerged as Britain’s colonial empire expanded and its Industrial Revolution began. Socially spurned by the aristocracy, these wealthy merchants, industrialists, and colonial landowners developed their own more natural and casual manners that made perfect themes to enliven both novels and group portraits." from National Gallery of Arts